Team Reptile brings you Bomb Rush Cyberfunk, 1 second per second of highly advanced funkstyle. In a world from the mind of Dion Koster, where self-styled crews are equipped with personal boostpacks, new heights of graffiti are reached. Start your own cypher and dance, paint, trick, face off with the cops and stake your claim to the extrusions and cavities of a sprawling metropolis in an alternate future set to the musical brainwaves of Hideki Naganuma.
In Bomb Rush Cyberfunk, players will grind rails, paint, and avoid the law in an effort to become an All City King. Players will recruit a crew of playable characters along the way, pulling off tricks to the beat of funky music. The game’s soundtrack will feature new tunes from Hideki Naganuma, known for his work on Sega’s Jet Set Radio, Sega Rally, and Yakuza franchises. 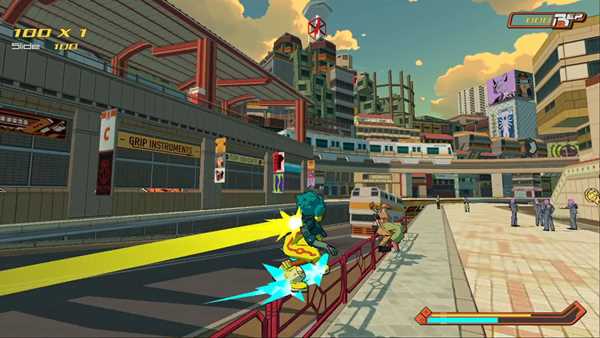 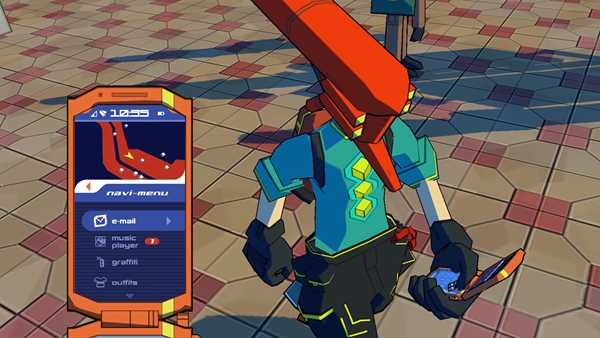