The appearance and variety of your weapon will vary depending on the type of Ninja-Gum you use. Take part in Battle Royale-style matches of up to 8 players and vie for supremacy with ninja around the world. The player who earns the most points over the course of the match will be declared the winner. Score points by defeating your opponents, obtaining items, destroying drones positioned across the stage, and more. Earn extra points by taking down your opponents with an IPPON—impressive finishing techniques.

Bubbles can be blown to trigger abilities, such as launching them at opponents as a ranged attack, or activating an air dash move. Their power can be increased by destroying drones that periodically spawn on the map, allowing the player to craft a larger melee weapon when fully-charged. The player can also disguise themselves as a prop on the field. Points are scored primarily by knocking out opponents, and an “Ippon” bonus can be scored as part of a KO if the player does so in combination with their abilities. 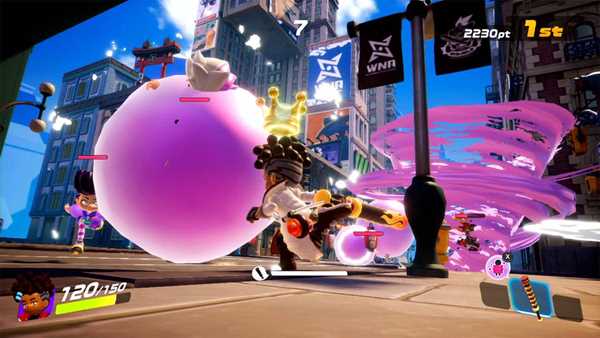 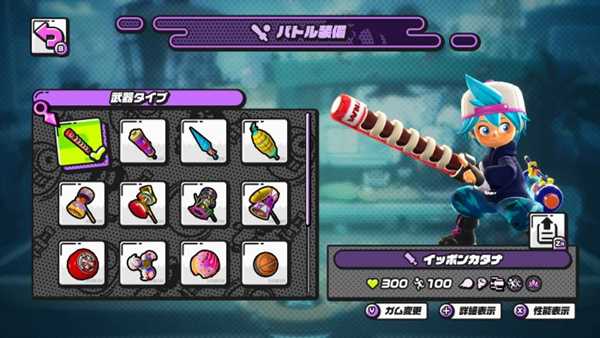