Super Mario Bros. with a 35-player twist, Race against time, defeat enemies, and sabotage your opponents in an online* battle to be the last Mario standing!

Classic Super Mario Bros. gameplay gets an adrenaline boost! Each player is given the same timed stage, but you must defeat enemies to earn extra time and attack your opponents. Don’t forget to pick up some coins on your way—they can be used to get in-game items like power-ups. With speed, skill, and strategy, you could be the last Mario standing.

Welcome to Super Mario Bros. … with 35 players! In this competitive online battle game, 35 players will compete to be the last Mario standing … or running. Enemies defeated will be sent to other players’ courses, but that also works the other way around! Players can activate special items to try and outpace their opponents. 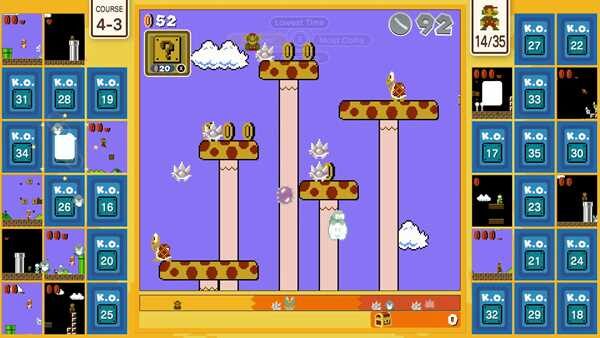 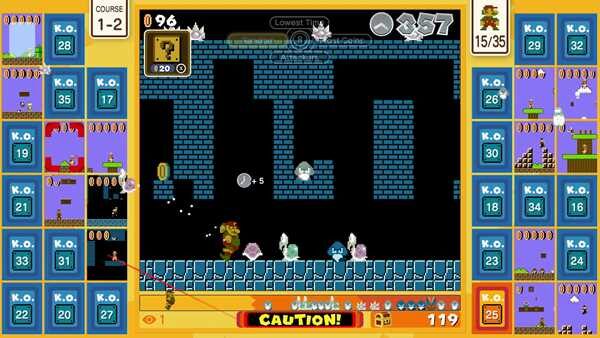