Terra Nil started out on a flat plane laced by dry riverbeds and dotted with cracked earth. The first step in rejuvenation was to build wind turbines, which in turn powered up to four small structures that purified the soil. The trick was in placing them. Each one shows an effective footprint, and the secret is matching the shape of the terrain while maximizing the amount of good each structure can do. From there, I was able to place irrigation systems that would turn the land green and lush.
Each region of the game has its own flavour and procedural generation palette. Yet even within a region, no two playthroughs will be the same. 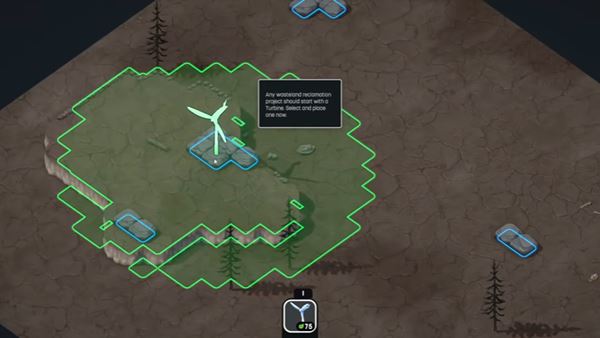 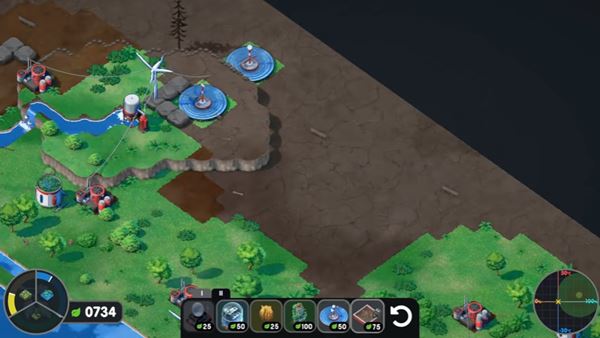